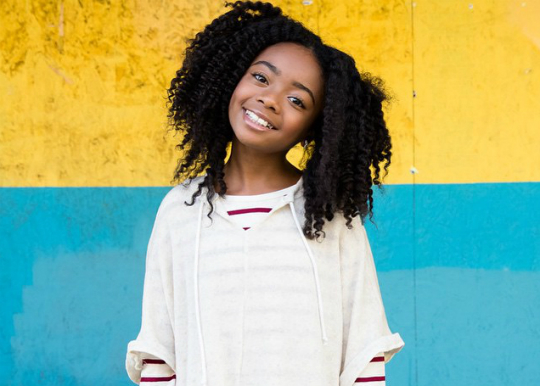 Disney channel recently confirmed that it is ending its hit television show, Jessie, after four seasons. But good news— Skai Jackson and two of her co-stars are getting a new spin-off series:

Disney Channel has ordered a spin-off series of the hit comedy “Jessie,” which has consistently ranked among the Top TV series across Kids 2-11, Kids 6-11 and Tweens over its four seasons. It was announced today by Adam Bonnett, Executive Vice President, Original Programming, Disney Channels Worldwide. Peyton List, Karan Brar and Skai Jackson reprise their roles of Emma, Ravi and Zuri Ross, respectively.

The yet-to-be-titled spin-off series will be part of Disney Media Sales and Marketing’s presentations to clients in the coming week. Continuing her long association with the Disney Channel hit series, series creator, Pamela Eells O’Connell (“Jessie,” “The Suite Life on Deck”), will executive-produce. (Via Press Release)

The spin-off series will begin production in spring 2015.