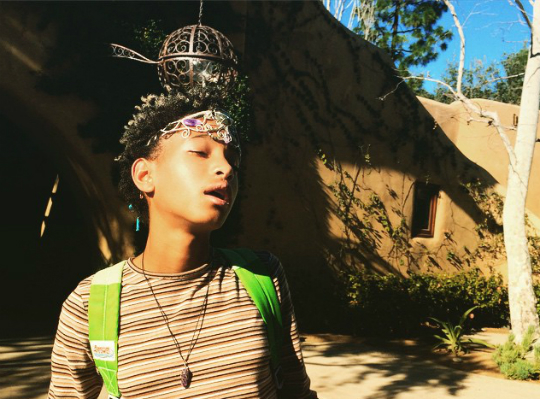 Following up on the three new songs released with her brother last night, Willow Smith continues her string of new material by sneakily releasing the woozy “Rta” onto her Soundcloud. The D’Artiste produced track is a dreamy and atmospheric song that sees her singing about the evils of the world and belief in oneself. Using a number of different audio tricks that mask her talented vocal abilities, her experimentation adds to the epic synths on the song. Stream the spacy song below and stream the three new songs that Willow and Jaden Smith released last night here (Source:Complex).

PHOTOS: DAMON DASH AND HIS 'PUPS'

PHOTOS: DAMON DASH AND HIS 'PUPS'