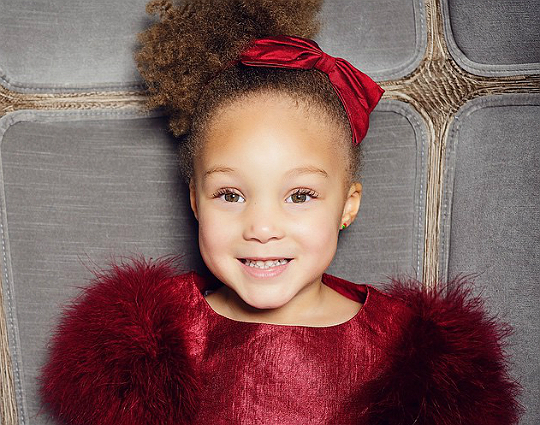 Genevieve Liles love you! The daughter of Kevin and Erika Liles was recently photographed while wearing a beautiful red dress.

“Sassy but classy,” wrote mom. The little one was captured with both hands on her hips in one photo, and photographed while simply smiling in another.

The Liles certainly have a lot of love to give after welcoming a new member to the family a few months ago. Erika expressed nothing but excitement upon learning that she was pregnant. “Look At God, Won’t He Do It: I was told by 3 doctors that I had less than a 1% chance of getting pregnant naturally and that I was NOT a candidate for IVF or other fertility interventions. After letting go and letting GOD…8 months later, at 41 years-old, I was pregnant, on my own-naturally! This after getting pregnant with baby #1 naturally, with no issues. #MyTestimony #MiracleBaby,” wrote the star on Instagram. Valentina Liles was born on October 30, 2014.