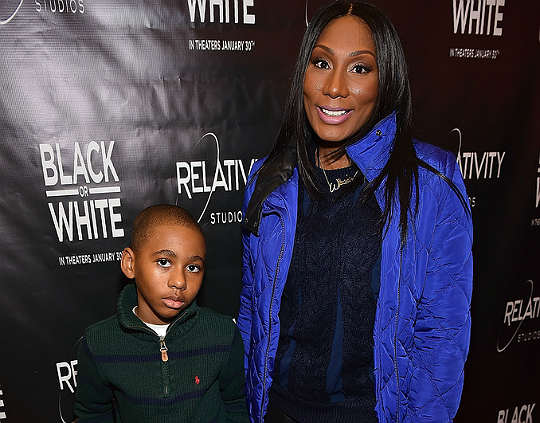 Towanda Braxton and son, Braxton, attend the screening for Black or White in Atlanta, Georgia. The mother and son are the hip duo as Braxton rocks a Polo Ralph Lauren sweater while Towanda shows off a blue sweater with leather pants.

Black or White is the story of a widower named Elliot Anderson who fights for custody of his granddaughter, Eloise, whom he has supported from birth. Elliot is challenged to persevere through much criticism since he is white and a single man. Many do not believe that the loving grandfather is a suitable guardian and will take extreme measures to prevent him from obtaining full custody. Although challenged, Elliot and Eloise manage to hold on to one another and overcome the odds.