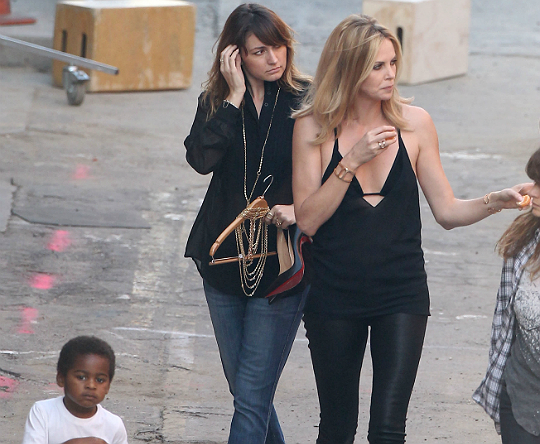 Is Sean Penn planning to adopt Jackson? Maybe so. Us Weekly reports the actor’s plans to become a legal guardian to girlfriend Charlize Theron’s son.

“Sean always knew that to truly earn a place in Charlize’s heart, connecting with Jackson was one of the most important parts,” says an inside source who allegedly spoke exclusively with Us Weekly a few days ago. “There is still talk of adopting again and giving Jackson a brother or a sister,” adds the family friend.

Charlize adopted Jackson in 2012. The actress has since gushed about her son has grown by leaps and bounds since we first saw him. “He’s not little any more—he’s huge,” said Theron during one interview. “He’s just growing at a rate that I feel like every morning, I’m going to walk into his room and he’s going to be like Hercules, like busting out of his pajamas…He’s amazing. He truly is heaven on toast.”

Charlize and Sean began dating in 2014. The couple are said to be making plans to wed in coming months.