ASHLEY JACKSON IS A ‘R&B DIVA’ IN LA 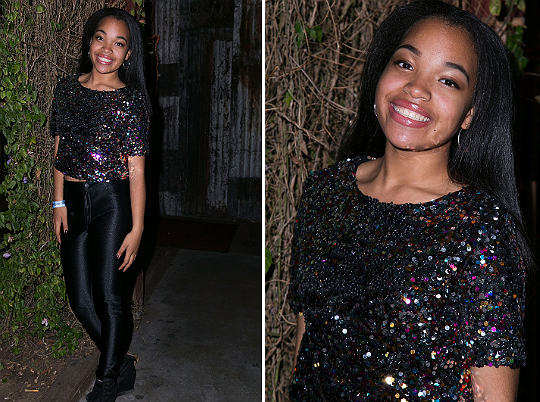 Singer Ashley Jackson attended the R&B Divas LA ‘Celebration of Life’ at House of Blues Sunset Strip on January 14, 2015 in West Hollywood, California.  Ashley, who goes by the stage name AJae, released the music video to her first single ‘Just Do Me’ in November of last year.

“He’s proud of me. I’m just not sure this was his plan for me at this time, but he’s trying hard to be supportive. I think that originally he thought that being an entertainer would be something I’d pursue at an older age — not this age, so I think this is a surprise to him,” Ashley tells MailOnline.