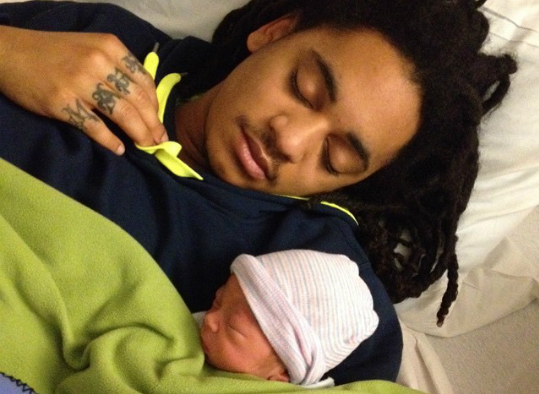 Snoop Dogg is officially a granddaddy! The legendary rapper welcomed his first grandson this past weekend.

Corde Broadus, Snoop’s eldest son, beamed as his son, Zion, made entry into the world on Saturday, January 10, 2015. “Happy EarthDay Zion. #RastafarianLions,” tweeted the young adult. Corde also thanked the mother of his precious son, “Jessica,” and proclaimed his love for her.

The youngster has been making a name for himself as a music artist since deciding to hang up his jersey as a quarterback a few years ago. “I’ve been taking him into the music studios this whole summer because he has that ear,” said Snoop Dogg of his eldest son during an interview with ESPN. “I could easily see him following in my footsteps. He is learning the ropes right now, and I can see him taking over this game.”

MONICA AND HER BOYS HAVE A HAPPY SUNDAY

MONICA AND HER BOYS HAVE A HAPPY SUNDAY