Home » NEWS » PHOTOS: HOLLY ROBINSON PEETE HAS AN EVENTFUL WEEKEND WITH HER KIDS 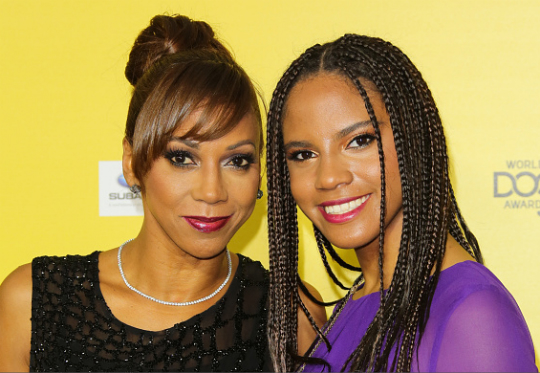 Holly Robinson Peete spent the weekend attending events with her kids. After taking her daughter Ryan to The World Dog Awards in Santa Monica, the actress took the boys to a basketball game.

The World Dog Awards, televised by the CW, is not just about cute dogs doing tricks on YouTube. Instead, the ceremony is meant to honour dogs all over the globe for their achievements and contributions to industries including entertainment, health, and military. Holly and Ryan were there, alongside other stars, to show their support.

The very next day the busy mom was in L.A. with her sons Roman, Robinson, and Rodney Jr. for Clippers vs The Heat at the Staple Centre. 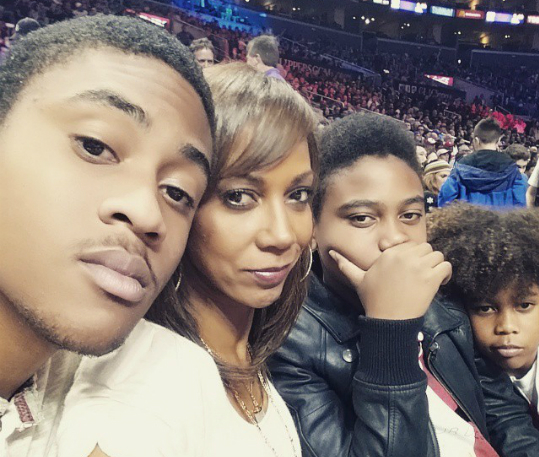 It’s not all fun and games though, next week Holly will be the keynote speaker at the Martin Luther King Jr. Day Celebration at Lane Community College in Oregon. This has been an annual student organized event since 1987, with free attendance. Seating is however limited, and must be reserved via email: [email protected]

Actress, author, and activist, are three roles that have never stopped Holly from being an active mom who can always be spotted out doing good, hanging out with her kids, or doing good with her kids by her side.