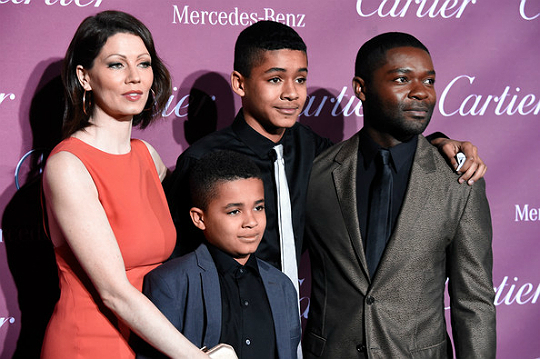 David, who stars in new film Selma as Dr. Martin Luther King Jr., was presented with the Breakthrough Performance Award at the event.

Before introducing David to the stage to present him with his award, fellow actor Brad Pitt felt the need to first teach others how to say the British actor’s Nigerian last name.

Pitt remarked, “I know that there is one lingering question in the back of your minds and that question is, how the hell do you pronounce his name? It’s all right, I’ve been there, and I’m here to help.”  Brad’s help came in the form of a sing-along in the key of Spanish football anthem “Olé, Olé, Olé.”

It turns out that Oyelowo and Pitt are rather good friends and have bonded over their kids. Below David and his children, Caleb and Asher, chat with Access in Palm Springs about spending time with the Pitt/Jolie family.

Selma is in theatres everywhere on Jan 9.

SNOOP DOGG TO SON: 'GO WHERE YOU ARE WANTED' 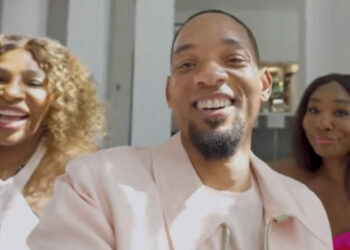 https://www.youtube.com/watch?v=tn2W744pxXI Venus and Serena Williams are joining Will Smith in giving fans insight into their...