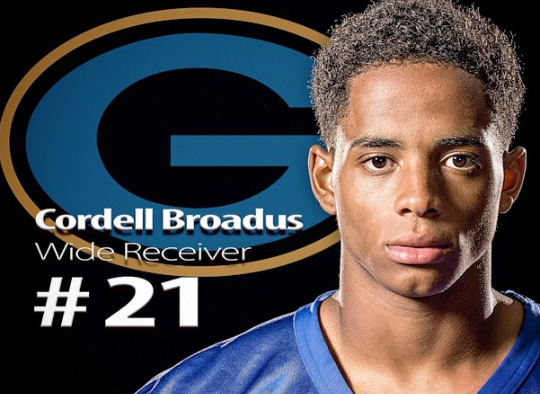 2015 will bring the first in-depth look at the special bond between Snoop Dogg and his teen football star son, Cordell (17). The five-part series entitled Snoop & Son: A Dad’s Dream, presented by ESPN, documents Cordell’s bourgeoning career, with his father by his side.

Snoops’s involvement and suport in his son’s team has not been kept a secret by any means, but the series will allow viewers to get a closer look at the dynamic, and the love. Snoop has said: “I’ve been known for my work in many industries, but what I am most proud of is my beautiful family. My son is an extremely talented athlete and my wife and I will be by his side wherever he chooses to play. I’m looking forward to the world watching me go through this journey with my family.”

Currently, the rapper is dedicated to being at all of his son’s practices and games. If for some reason he can’t, he has them streamed live for him wherever he is. His support was first publicized over a decade ago when he started coaching kids. He then launched the Snoop Youth Football League (SYFL) because of this passion. The league has acted as a very positive force in the lives of many boys and girls by creating a safe space for them to nurture their skills and learn to be great team players, on and off the field. SYFL is also where Cordell began what would turn into an unprecedented career in football.

Still in high school, this top student is the centre of attention all over the nation, with top schools such as Notre Dame and USC all vying for his allegiance come graduation. Now, through the magic of documentary TV, viewers will get a chance to follow Cordell through his senior season.

The show will feature footage in the Broadus home, on Snoop’s tour bus as he breaks down game videos, and on the sidelines of all of Cordell’s most important games. Catch the premier January 14, at 7pm.

ANGELINA JOLIE: 'WE HIRED SOMEONE TO MONITOR OUR KIDS ONLINE'