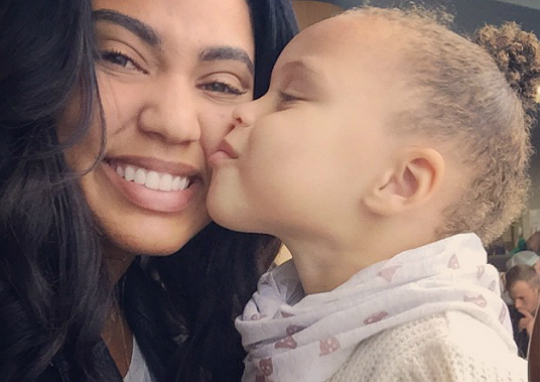 Riley Curry melts her mother’s heart. Ayesha recently shared pictures of her little one, and told Instagram fans how her daughter’s cuteness is almost too much for her heart to contain. “My heart can’t really take much more,” tweeted Mrs. Curry.

Riley has been a key factor in her father’s excellent performance on the court. Stephen has propelled his team forward by playing extremely well. The Golden State ‘Warriors’ have won their last ten games, with the most recent victory being over the Orlando ‘Magic.’ The Sacramento team triumphed by one point, and it was all thanks to a three-pointer that Curry scored within the last two seconds of the game. 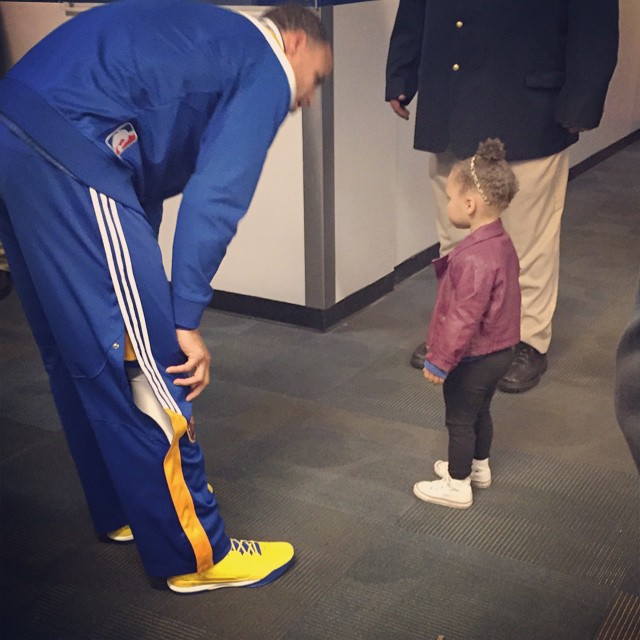 “I wanted to go to my left down the middle and go to the basket and maybe get fouled or something, but he kind of bit on the in-and-out move and I was able to get a rhythm shot in transition,” said Curry of the winning shot. We can only assume that Riley gave her father lots of love right before the game, since she was captured while pep-talking Stephen in the locker area just a few weeks ago.

Ayesha and Stephen Curry have one child together. See more pictures of adorable Riley below!