Home » Video » THE TRAILER FOR K.C. UNDERCOVER IS HERE 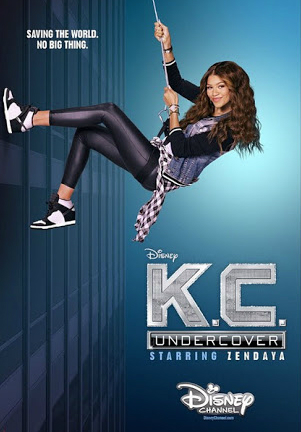 The official teaser for Zendaya‘s upcoming show, K.C. Undercover, is finally here and the Disney star is playing the lead role in the upcoming comedy.

The show (formally known as “Super Awesome Katy”) follows a high school student (Zendaya) as she travels in her parents footsteps as a spy. Zendaya will not only star in the show but will also be listed as a co-producer.

Kadeem Hardison (“A Different World”) and Tammy Townsend (“The Client List”) will be playing her parents, Craig and Kira Cooper. The show also stars Kamil McFadden (“House of Payne”) and Veronica Dunne (“Our Wild Hearts”). The show was created by Corrine Marshall.