THE OMG GIRLZ JOIN ERICA DIXON AND OTHERS AT ‘FASHION JAMS’ 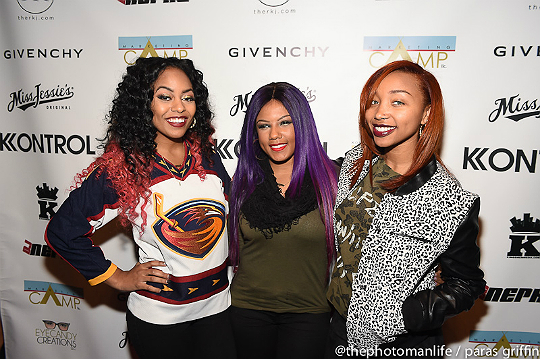 The OMG Girlz were three among many stars to attend Kontrol Magazine’s ‘Fashion Jams’ fashion show earlier this week. The girls joined Erica Dixon and her daughter, Emani, in celebrating the latest styles on Wednesday, November 19, 2014. Trina hosted the event, which showcased some of the most creative designs that the fashion world has seen.

The OMG Girlz certainly know a thing or two about creativity in terms of style. The girls, who are officially young adults, make it a practice to color coordinate in a way that shows off their individualism while displaying their unity. “Our look just kind of consists of the three of us individually but still together,” says Beauty. “When you see us out on the red carpet we’re never really matching, we never really have on the same thing. It’s usually like the same color and then we kind of switch it up how we want to. We’re all about colors and just having fun because our music is fun and it’s colorful. So we like to portray that through our hair, and our outfits, and everything else that we do.”

The OMG Girlz are managed by Tameka “Tiny” Harris. They released the hit single ‘Boy It’s Over’ earlier this year.