Home » NEWS » FUNNY! ANDREW HAWKINS KICKS 2-YEAR-OLD SON OUT BUT THEN HAS A CHANGE OF HEART 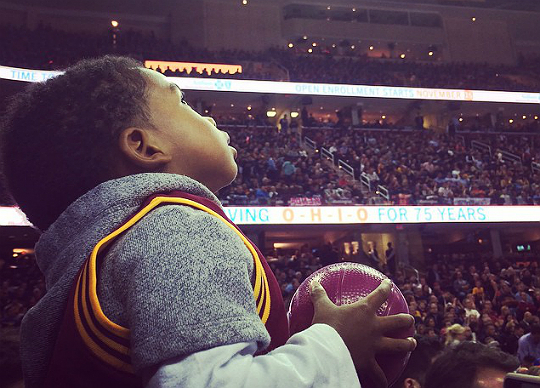 Andrew Hawkins and his son have reunited after a brief separation ensued when little Austin named two football stars from an opposing team as his favorite players. “Who’s your favorite player,” asked Andrew. His son told him that Mohamed Sanu and A.J. Green of the Cincinnati ‘Bengals’ were his top choices, which made Andrew furious enough to put him out of the house.

Hawkins was adamant about not allowing fans of other NFL players live in his home as he tweeted, “Only Hawkins fans allowed under my roof.” He, however, quickly had a change of heart and decided to give his son one more chance. Austin gave the right answer the second time around and was welcomed back into the family home. Watch the hilarious reconciliation video here.

Andrew played for the ‘Bengals’ before becoming a wide receiver for the Cleveland ‘Browns’ earlier this year. Austin is his only son.