by BCK staff
in PHOTOS, YOUNG STARS
0
1
VIEWS
Share on FacebookShare on TwitterShare on LinkedinShare on Whatsapp 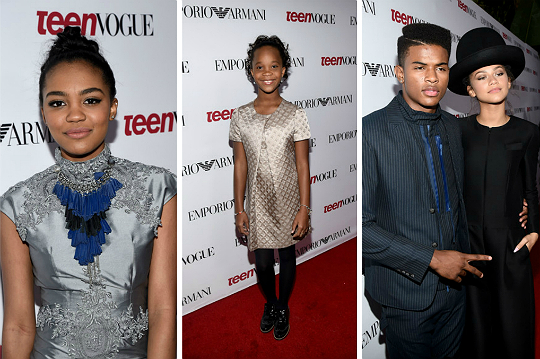 It was a night to remember at the 12th Annual Teen Vogue Young Hollywood Party, just ask anyone who saw Zendaya’s hat!

The young superstar and fashionista topped off her simple outfit with a stand-out hat. Garnering tons of attention, both positive and negative, Zendaya seemed awfully pleased with her style choice.

With the caption: “Thought of the Night”, the starlet posted “You love it or you hate it…either way you still talking about it…I win”.

The actress proudly posed with BFF Trevor Jackson who looked very classy in his pinstripe suit. Also in attendance was Jacob Latimore and Corrine Fox.

Perhaps the littlest big star in Hollywood today, Quvenzhane Wallis was also there, seen laughing and dancing the night away.