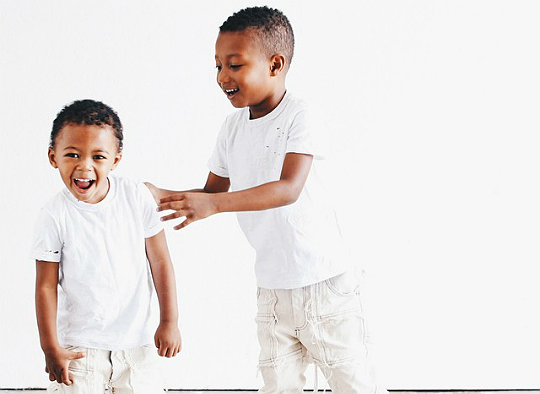 Nick Young Jr. is only 2-years-old but he already has a modeling contract with a high-end fashion brand. The toddler, also known as Swaggy Jr., recently joined a number of other children in a photo shoot for ROUBLEAU.

Nick posed while sporting stylish clothes that were created by Janae Robleau. The little one also had a little fun with the other children in a promotional video that featured the models running around.

Janae created the ROUBLEAU line after failing to find fashionable clothes for her kids. The brand can be classified as luxury street wear that toddlers and young children can sport at school or in the mall.

Nick Young Sr. plays for the Los Angeles ‘Lakers.’ His personality on the basketball court, when compared with his son’s swagger during his first photo shoot, proves that the apple doesn’t fall far from the tree. Nick Jr. is the NBA star’s youngest son.

Watch the ad campaign on the company’s site : HERE