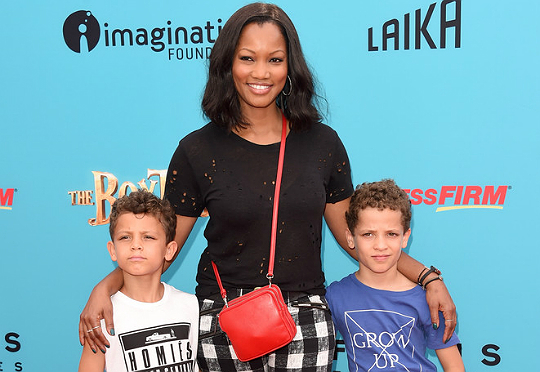 Garcelle Beauvais was spotted with her  son Jaid and Jax Nilon at the premiere of The Boxtrolls this weekend, September 21 2014.

The 3D stop-motion fantasy follwos the adventures of Eggs (voiced by Isaac Hempstead-Wright), an orphan raised underground by trash-collecting trolls. When an evil exterminator makes it his business to get rid of them, Eggs must find a way to save his beloved surrogate family. The voice-cast includes comedian Tracey Morgan.

The Boxtrolls, which seems to address the complexity of family, difference, and acceptance, seems right up the Beauvais family’s alley.

The actress is currently working on her children’s book series, I Am…, with the first insalment, I Am Mixed hitting shelves back in 2013. The follow-up, I Am Living in 2 Homes, was released this summer, and deals with the issue of divorce. The inspiration for the series is drawn from her own children, and their experiences. Jax and Jaid are Garcelle’s twin boys, born to her and former-husband, Mike Nilon, in 2007. They will turn seven years old on October 18th. She also has a son from another previous relationship, born in 1991.

Garcelle’s desire to keep difficult conversations accessible to children, to help them grow and overcome obstacles, is inspirational. 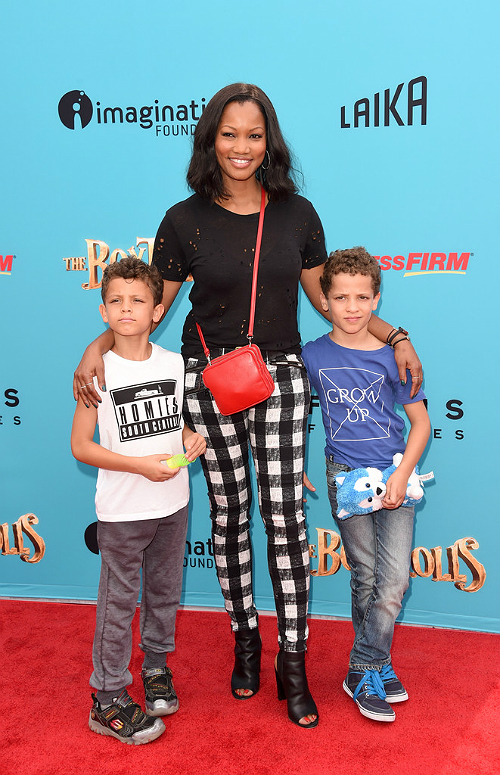 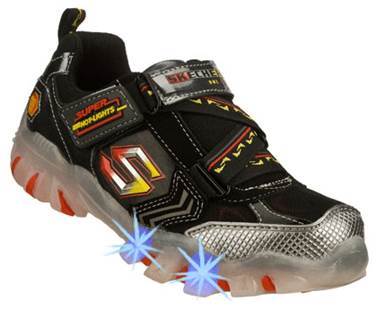 Jax is wearing SKECHERS Magic Lites sneakers.  These shoes have a unique color-changing feature so the lights can be switched with the touch of a button (2 colors per shoe).  In addition, the on/off button allows you to deactivate the lights if needed.

Jax’s shoes retail for $56 and are currently available on Skechers.com.