IDRIS ELBA ‘LOVES BEING A DAD’ 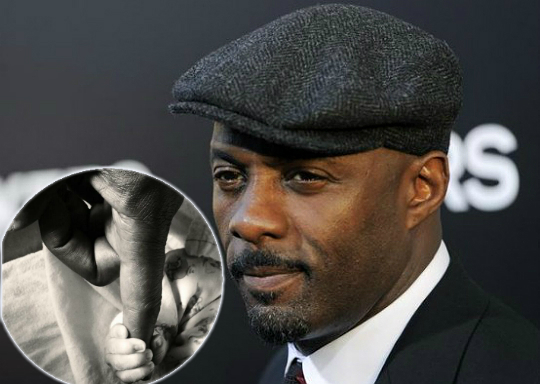 In his new film No Good Deed, Idris Elba plays a chilling calculated killer who escapes prison only to wind up on the doorstep of a vulnerable woman home alone with her baby girl. It’s enough to frighten anyone, except Ryan, the daughter. Played by 8-year-old, Mirage Moonschein, the child somehow sees past his psychosis, and remains completely at ease with him. His gentleness towards her may be his characters only redeeming quality.

The on-screen chemistry is no doubt enhanced by the actor’s own easy connection with kids. “I love, love children. I love being a dad; it’s one of the joys of life,” he said in a recent interview with Rolling Out. He even went so far as to say, “you can take it all away from me tomorrow, but don’t take away my children.” His fatherly side was further revealed when he was asked how he hopes his children think of him. He said:

I just hope my children grow up saying my dad was my good friend and supporter … I was fair and just, helped them whenever they needed me to. And, that there was love. One thing I am very aware is that I love them and I love to embrace my children. My children know what it is to have a hug and a kiss, be cuddled and feel comfortable. My parents were not cuddlers or kissers, but I am.

Idris smiled when noting that he was an affectionate parent, even laughing at the fact that he is unlike his own parents in that way.

The Essence “Sexiest Man of the Year 2013” has two children; an 11-year-old daughter with his ex-wife, and a brand new baby boy with his current girlfriend, Naiyana Garth. The boy is named Winston after the star’s late father. Meanwhile his daughter, Isan, is making him very proud as she grows up to be a mature young lady. “She’s a nerd really, which I couldn’t be more grateful for. She’s not much impressed by what I do, but she does see how people react to me in the streets.” He continued, “She’s very careful about it, wanting to steer me away from crowded streets and the like. I hate that she’s losing some of her innocence, but I’m impressed by her level of awareness.”