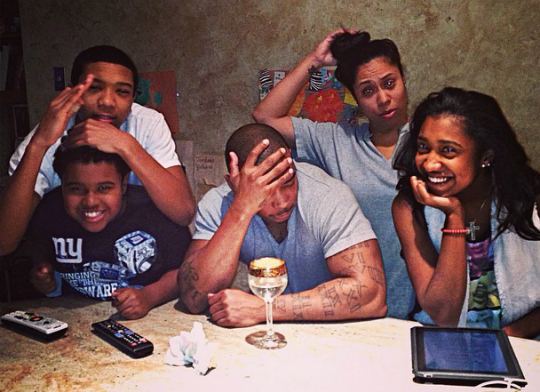 Ja Rule and the family are coming to your television screen. MTV recently announced that the rap star along with his wife and kids will star in their own reality show called ‘Follow The Rules.’

President of MTV Programming Susanne Daniels also said, “Ja Rule is the modern day reality rap star version of Bill Cosby’s role from ‘The Cosby Show.’ We’re excited to be in business with him and his delightful family.”

‘Follow The Rules’ will trail Ja Rule and wife Aisha Atkins as they rear two boys and one girl in the right direction. Britney, who is technically a young adult, will get a few pranks in on her dad, as Jeff and Jordan try to keep up with the times at school. The kids’ grandmothers will also be featured on the show as they live with Ja Rule and the family.

You can definitely expect to see a lot of fun and adventure when ‘Follow The Rules’ debuts on MTV in coming weeks.