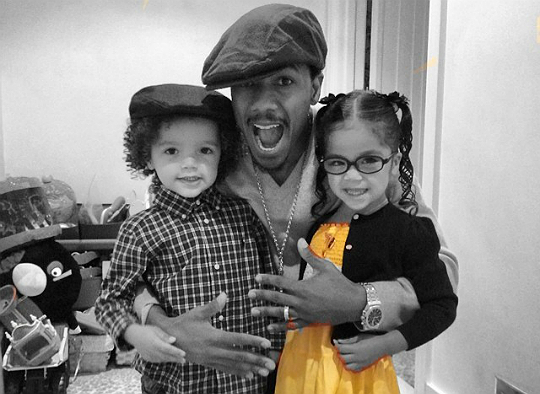 Nick Cannon has made his mark in Hollywood and now he is aiming to do the same in children’s publishing. The actor recently announced his partnership with Scholastic to release Neon Aliens Ate My Homework and Other Poems. Cannon expressed nothing but excitement about his new venture in publishing.

“Writing is at the center of everything I do as an artist,” said the star is a statement. “Doing creative writing—especially writing poetry—is when I felt the calmest and freest. As a kid, it was my escape from the inner-city pitfalls. The first important writer in my life was Shel Silverstein—he made me fall in love with writing and seeing his whimsical sketches got me interested in art. When I was eight years old, I got a spiral notebook and wrote my first poem/rap. I filled that notebook with poems, rhymes, jokes, and witty stories. I still keep one to this day. I hope that poems in Neon Aliens will help inspire kids to want to get out a pen and paper to write or draw their own thoughts, rhymes, and stories.”

Nick told media a few months back that he and now-estranged wife Mariah Carey were partnering with Scholastic to publish a book about their twins, Monroe and Moroccan. Although Nick expressed nothing but excitement back then, Mariah calmly assured media that everything was not set in stone. Neon Aliens Ate My Homework and Other Poems is scheduled for release in March 2015.