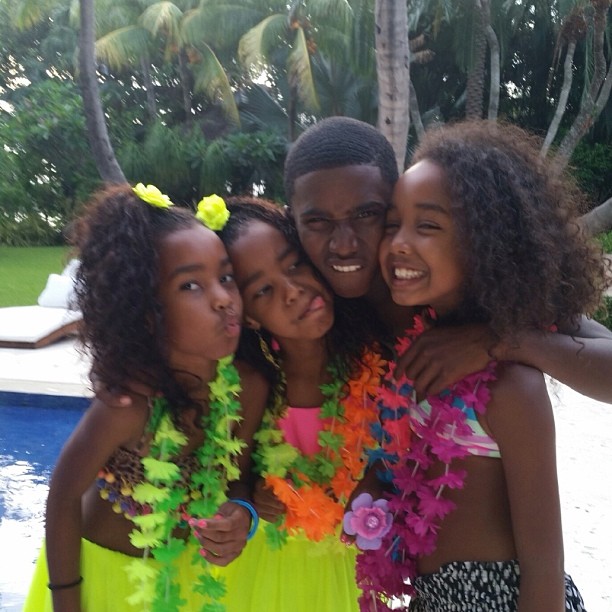 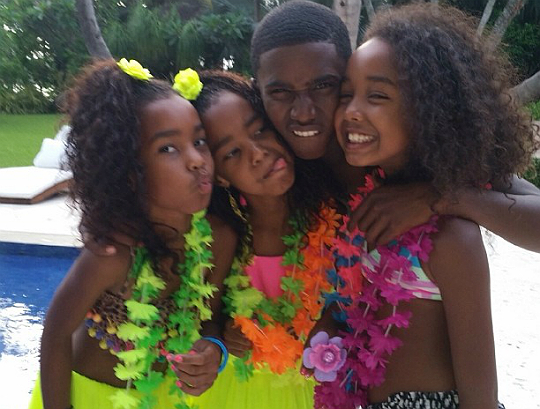 The Combs girls are enjoying these last few weeks of summer together. D’Lila, Jessie, and Chance were recently photographed on vacation, where they appeared to be ready for a bit of island fun. Chance and her twin sisters wore leis and bathing suits that were colorful while older brother Christian joined them on their adventures.

Chance, D’Lila, and Jessie have been joined at the hip lately, with modeling gigs that place them in the spotlight. The Combs girls have done several photo shoots since making their debut in New York City last year, which was simply a marvelous sight.

Sean Combs, a.k.a. Diddy, couldn’t get over his daughters’ incredible talent as they walked the runway during Kids Fashion Week with skill and grace. “I’m so proud! My 3 princesses made their modelling runway debut today#ProudDad God is GREAT,” tweeted Diddy. “No dating till you’re 25,” added the star.

Chance is Diddy’s daughter with Sarah Chapman. Jessie and D’Lila are the Hip Hop mogul’s kids with Kim Porter. Diddy fathers six kids in all.

DARIUS MCCRARY AND HIS 'MINI ME'