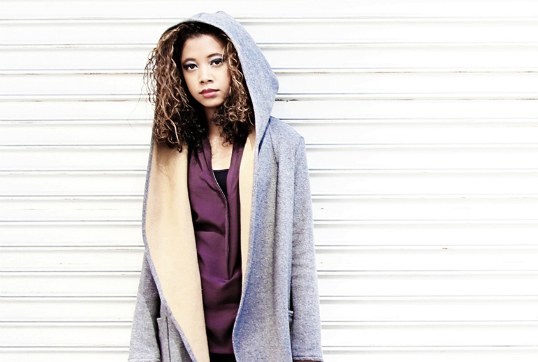 Mecca Kalani is a face the world will be getting more familiar with very soon. The 17-year-old was just chosen as the winner for Teen Vogue’s Mixed Chicks Teen Model Search Contest. She will be featured in the magazine’s upcoming special campaign. The Westwood California native became a finalist back in spring, and now has been given the opportunity to be the face of Mixed Chicks.

Mecca is not only “stunning”, as described by Mixed Chicks, but has an amazing voice as well. the young beauty was featured in the Willow Smith song “Drowning” last year. More recently, her own song, “Feel Me” was featured in the new TV series, The Witches of East End. The touching sorrowful number draws on the strangeness of love and loss to create an eerie sound suited to the supernatural drama.