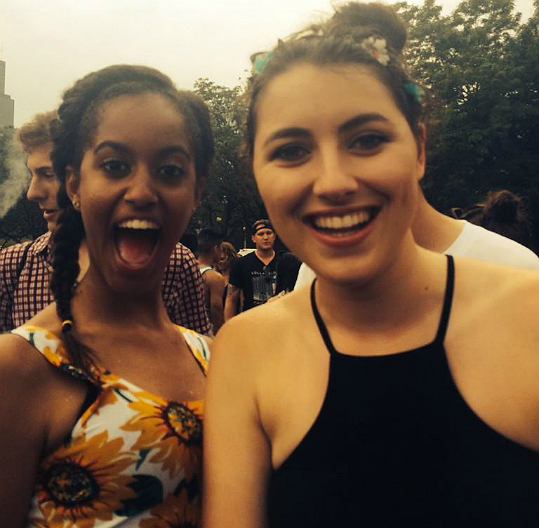 Malia Obama was in the Windy City a few days ago as she enjoyed the final day of Lollapalooza with friends. The eldest child of President and First Lady Obama mingled with the crowd and even took a couple of pictures with unsuspecting fans.

One Twitter follower had the opportunity to pose with the First Kid telling her subscribers, “J Chillin with Malia Obama.” Another attendee told his social media followers that he was standing right next to Malia and couldn’t believe it. “BRUH IM RIGHT BY MALIA OBAMA AT CHANCE THE RAPPER AND THERE’S SECRET SERVICE AND STUFF THIS IS CRAAAAAY.”

Although those around her were amazed to see her, Malia was simply in attendance to see rapper Chance. The teen thoroughly enjoyed the artist and didn’t leave until the show’s ending.

The President and First Lady often allow their children to enjoy the arts. It was just a few weeks ago that Michelle and the girls were spotted at a Jay-Z and Beyonce concert with which they were enthralled. Malia Obama will begin her Junior year in high school this Fall.