Home » NEWS » HEIDI, SEAL, AND THE FAMILY STOP BY THE HAPPIEST PLACE ON EARTH

HEIDI, SEAL, AND THE FAMILY STOP BY THE HAPPIEST PLACE ON EARTH 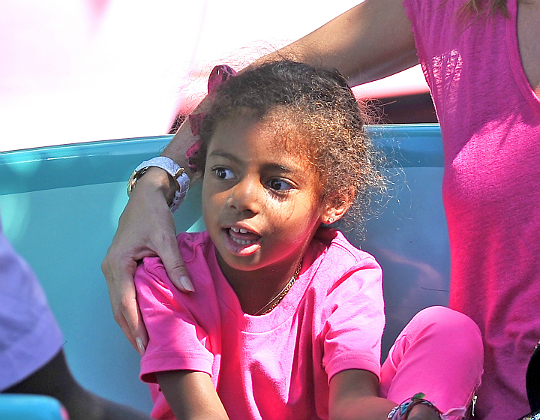 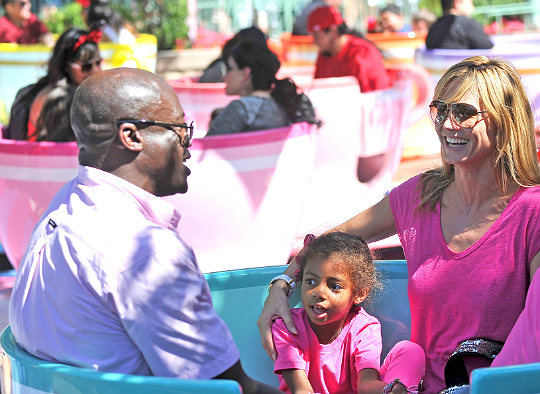 Heidi and Seal may be divorced but they don’t hesitate to get together when it comes to spending time with the kids.

The model and R&B singer convened at Disneyland’s California Adventure in Anaheim earlier this week, where they had a lot of fun with their little ones.

Seal and Heidi took a ride on several attractions and talked with one another while at the theme park. Seal looked absolutely petrified while riding one of the roller coasters with his son. Heidi, on the other hand, looked gorgeous in pink as she rode the carousel with her daughter. Lou got to spend a lot of quality time with her parents while riding the tea cups. The little one sat in the middle of Heidi and Seal as the cups spun around.

It has been over two years since Heidi and Seal announced their plans to divorce. At the time, the couple released a joint statement that expressed their desire to protect their children. “This is an amicable process and protecting the well-being of our children remains our top priority, especially during this time of transition,” the statement read.

Thus far, Seal and Heidi have managed to give their kids a fulfilling life after separation with Heidi recently telling media, “Everything is good. I’m happy right now. My kids are doing great …They’re healthy, they’re happy. I love them to death.” 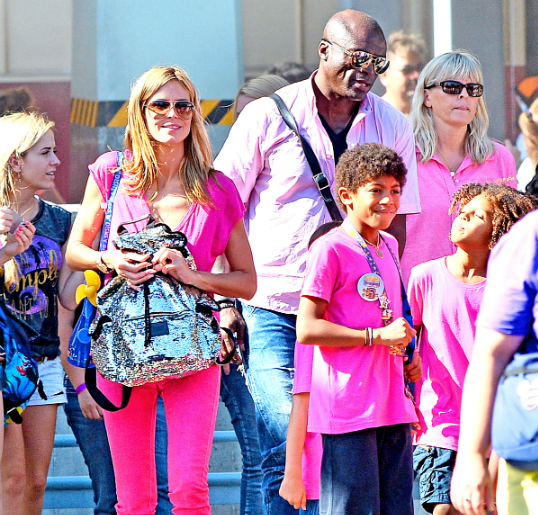