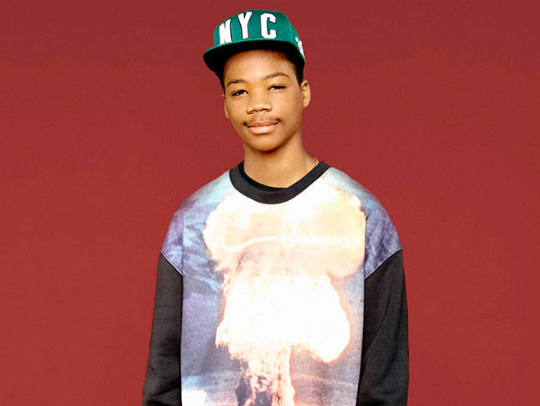 Red Band Society follows a group of teens whose high school experiences are bound to their illnesses. The show is set in a paediatric ward overseen by a tough-love nurse, portrayed by Academy-Award winner Octavia Spencer (The Help).

Astro will play Dash Honey, one of the six teens living at the hospital. The now 18 year old rapper rose to prominence when he came in seventh place on the first season of The X Factor. Later, he went on to be signed to Epic Records, and even starred in the hit T.V. show Person of Interest. Not much has been released about the young rapper’s role in Red Band Society, but as a key character he is expected to be mischievous, often taking advantage of a more gullible nurse in the ward.

The new series is produced by ABC Studios, with Steven Spielberg attached as an executive producer. Expect both laughs and tears for this coming-of-age tale that deals with life and death, laced with teenage-drama.