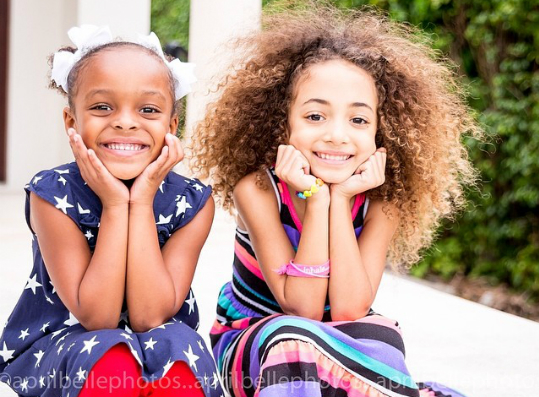 Stars and stripes equal a pair made in heaven. Trinity Bosh and Sophia Pippen were recently photographed in adorable dresses that showed off their patriotism and style. Trinity wore a blue dress with white stars and red stockings, while Sophia rocked a striped dress that had various colors in it. The girls were also photographed at the park, swinging and sliding while enjoying the sunlight.

It’s no secret that Trinity and Sophia are playmates. The girls have taken several pictures together in the past, and share a lot of commonalities with each other. Not only do the two live in the same state, but they also have fathers who are athletes. Trinity is the daughter of Miami ‘Heat’ star Chris Bosh, while Sophia is former Chicago ‘Bulls’ player Scottie Pippen’s little one. Although their fathers are from opposing teams, Trinity and Sophia appear to be BFFs.

See more pictures of the cuties below!

MASTER P RESPONDS TO SONYA'S CLAIM: 'I TAKE CARE OF ALL MY KIDS'