Home » NEWS » GABRIELLE UNION TALKS ABOUT BEING A STEPMOM AND MORE

GABRIELLE UNION TALKS ABOUT BEING A STEPMOM AND MORE 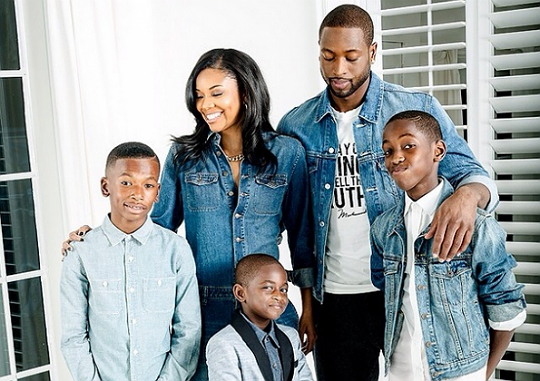 Gabrielle Union is in the clouds after being asked by Dwyane Wade to wed him and the family. “I’m on cloud nine right now,” says the actress to Queen Latifah. “I mean the support that I’ve gotten. For me personally, the show [of love], it’s been overwhelming.”

Union also shares her journey from single woman to stepmother and wife-to-be telling Latifah, “It’s been a journey. It’s been a journey to boogers and flashcards and first heartbreaks and school dances. [Dwyane and I] got this amazing gift at a second chance. He just asked me to commit to trying…and the trying led to doing the work. [It] led to us thriving because of the work, which led to this amazing proposal where my family asked me to marry them.” Gabrielle adds, “When life gives you a new beginning, you take it and run with it.”

Dwyane Wade proposed to Gabrielle days before Christmas with the help of his sons and nephew. Zion held up a sign that bore the actress’ name while Zaire and his cousin held posts that read, “Will You Marry Us?” Dwyane, of course, was on bended knee, making the proposal classic.

Gabrielle and Dwyane have been in courtship since 2009. The Miami ‘Heat’ star has three kids in all.