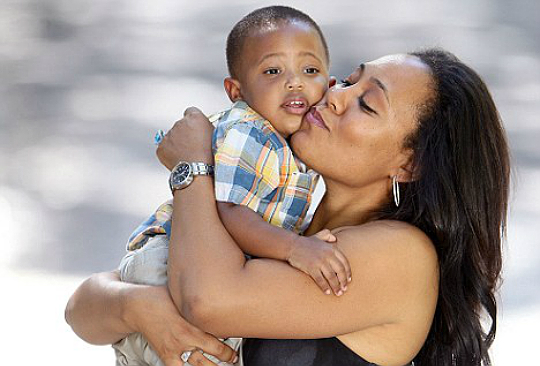 Alexsandra Wright has every single mother and father on her mind as she seeks child support from Matthew Knowles for their son, Nixon. The actress recently released a statement, telling the general public that she regrets to have her personal affairs featured on the media’s main stage but will use the opportunity to advocate for parental rights.

“It is with a heavy heart we must head back to Superior Court to continue the fight for the rights of my son Nixon Knowles, who has proven to be Mathew Knowles’ biological son,” said Wright in the statement. “I am deeply saddened that our personal business is being aired in such a public forum…Those close to me know that my primary concern is my son Nixon’s welfare and well-being; both now and in the future. I feel that it is important for him to know, when he comes of age, that he wasn’t a mistake and that he was a product of love.”

Alexsandra further stated, “My son, my family, and I thank you for your prayers and hope you will understand our need for whatever little privacy we have left during this period. We are extremely appreciative of the family and friends that are standing by us; we are overwhelmed by their generous outpouring of love, concern and support. I’m fighting for every single parent and child as I fight for my own.”

Matthew Knowles was ordered to pay child support for Nixon after a paternity test proved that he was the father of the little one in 2009.  Alexsandra met Matthew a few years back during a professional setting.