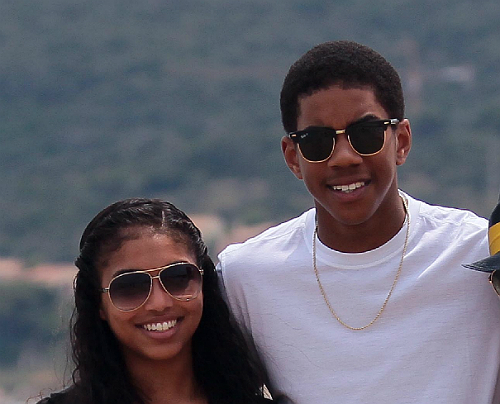 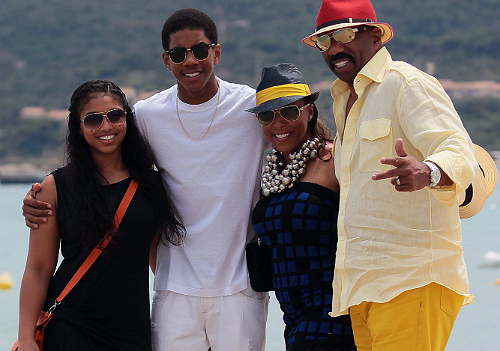 Steve Harvey was photographed with his wife Marjorie, daughter Lori,16, and son Wynton,15, at the Club 55 in Saint Tropez, France today.

Missing from the family photo were the couple’s five other children. Harvey has spoken about his large, blended family in the past, saying, “When my wife, Marjorie, and I got married, she had three children,and i had four. The union of our family has been the greatest thing ever to happen to me. The kids all call me Dad. I tell my boys not to play rough with their younger sister….Being a parent has shown me that I’m little bit softer than i thought i was. While my younger kids get away with far less than their older siblings because I’ve seen it all before,they all come talk to me because they know i won’t judge them.”

The comedian/television personality was recently awarded his very own star after decades of hard work and dedication in the industry. All of his seven kids, along with wife Marjorie, were in attendance at the monumental event held on the Hollywood Walk of Fame in Hollywood on May 13th, 2013.

GET THE LOOK: PEYTON EDMONDS IS READY FOR SUMMER!

GET THE LOOK: PEYTON EDMONDS IS READY FOR SUMMER!