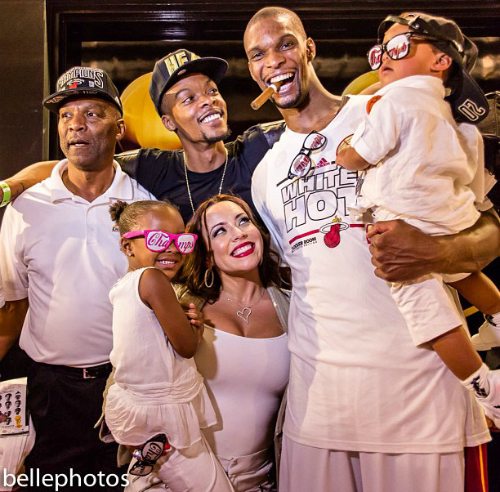 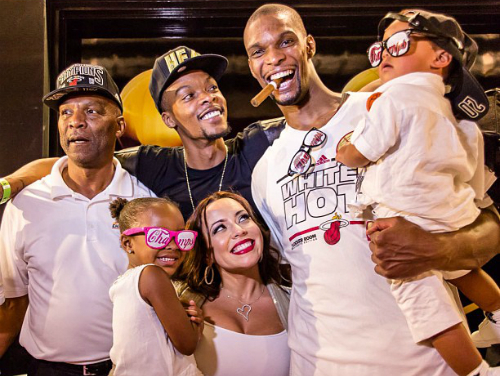 The Miami ‘Heat’ is well on its way to success and the players have their kids to thank. Chris Bosh and LeBron James recently reflected on the influence that their children had in them winning the team’s third NBA championship.

“Kids are the best medicine because they don’t care anything about the game,” said Bosh. “They don’t even know what Game 7 means. Of course they know Daddy wants to win and they want Daddy to win and that’s good enough. But all they want to do is have fun, smile and play.”

LeBron also commented on the importance of his kids during playoff season saying, “They know if I won or lost. But for the most part, when you have them around, man, it puts everything in perspective.”

The Miami ‘Heat’ took on the San Antonio ‘Spurs’ in game seven of the NBA playoffs on Thursday (June 20), and came out on top with a score of 95-88. This is the second consecutive year that the team has captured an NBA championship.

Chris Bosh has a son, Jackson, and daughter, Trinity, while LeBron James fathers two sons, LeBron Jr. and Bryce. Chris and wife Adrienne Bosh are expecting their second child together. Trinity is the B-ball player’s only child with ex-girlfriend Allison Mathis.

JALEEL WHITE AND DAUGHTER HANG OUT

JALEEL WHITE AND DAUGHTER HANG OUT