Home » NEWS » KEVIN HART: ‘I HAVE TO BE COMMITTED TO MY KIDS’

KEVIN HART: ‘I HAVE TO BE COMMITTED TO MY KIDS’ 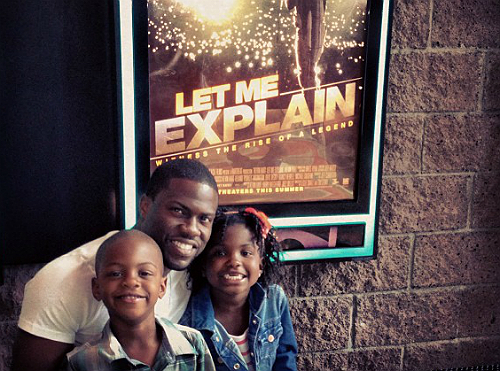 Kevin Hart may be a man of many jokes but he’s serious when it comes to his kids. The actor and stand-up comedian recently told Annex Man that his makes Heaven and Hendrix his priority by not allowing the industry to dictate the amount of time spent with his kids.

“I have to be uncompromising when it comes to my kids time with me,” said Hart. “I have to be committed to my kids or else the industry will always have you away from your family.”

Hart also talked about reaching the precipice, or height, of success and the possibility of abandoning stand-up for film. “First of all, I don’t know what ‘precipice’ means so I can only take it as a sigh of disrespect. NEXT QUESTION,” joked the comedian. “Seriously I will never stop doing stand up it’s my foundation.”

Check out Hart in all of his fashion glory on the cover of Annex Man’s Summer issue. Kevin and ex-wife Torrei Hart have two kids together.

KING JUSTICE IS AS SWEET AS CAN BE