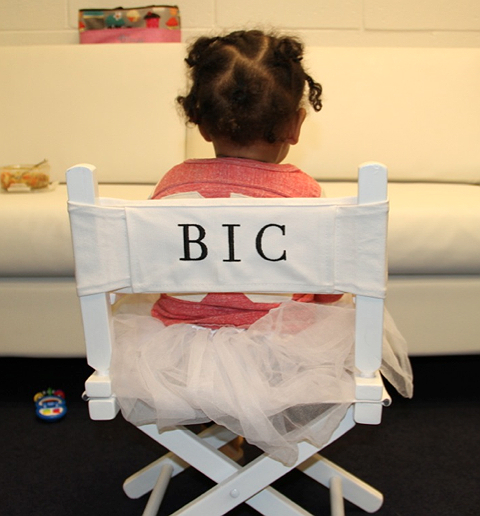 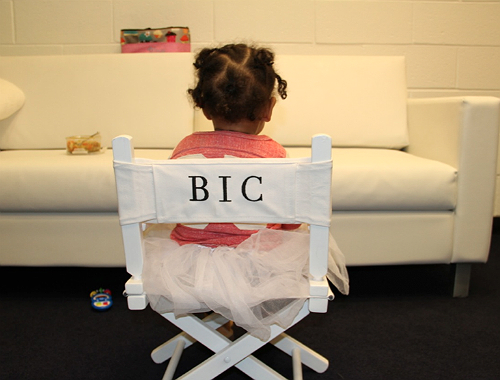 Singer Beyoncé Knowles has uploaded a picture of daughter Blue Ivy Carter(BIC) sitting in her very own director’s chair! The little one can be seen wearing a white tutu skirt with a pink top. Though we are not able to see the toddler’s face, the picture speaks volumes!

In related news, dad Jay Z has allegedly denied rumors that he and Beyoncé are expecting a second child. ABC news reports:

Program Director Ebro Darden of New York’s Hot 97 said today on the radio that he heard from Jay-Z, 43, that reports of Beyonce, 31, being pregnant with their second child are false.

Darden, also known as Old Man Ebro, said he emailed Jay-Z on Friday to send his best wishes on Beyonce’s reported second pregnancy, but the rapper responded Saturday by quashing the rumors.

“I emailed on some congratulations, send my love to the family, blah, blah, blah,” Ebro said. “He emailed me back and said it’s not true.”

According to Darden, Jay-Z wrote: “It’s not true. The news is worse than blogs.”

Beyonce is currently on the European leg of her Mrs. Carter Show World Tour.