SANDRA BULLOCK AND HER LITTLE MAN MAKE A SCHOOL RUN 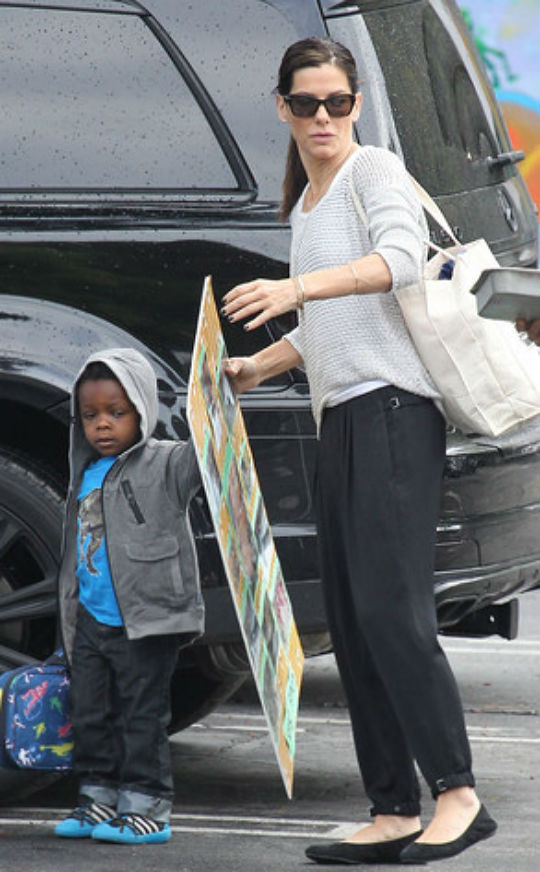 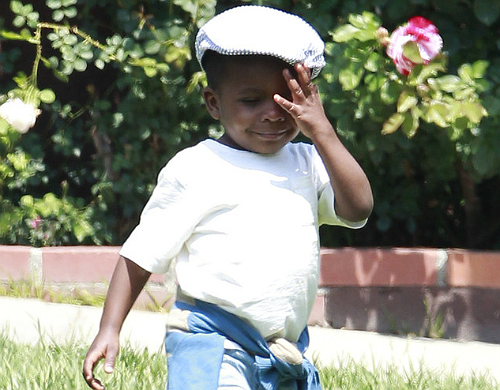 Little Louis,3, donned a little smile as the paparazzi captured him leaving school grounds on May 9th. The tiny tot, who looked like a little man in his striped cap and blue-jeans outfit, was followed by mom Sandra Bullock. The duo seemed content as they made their way to their car.

Sandra Bullock will soon provide her voice to the animated flick Minions, the Universal Pictures/Illumination Entertainment spinoff of the Despicable Me franchise. Bullock will voice the character for Scarlet Overkill, a super-villain in the film. Minions is slated for a 2014 release. 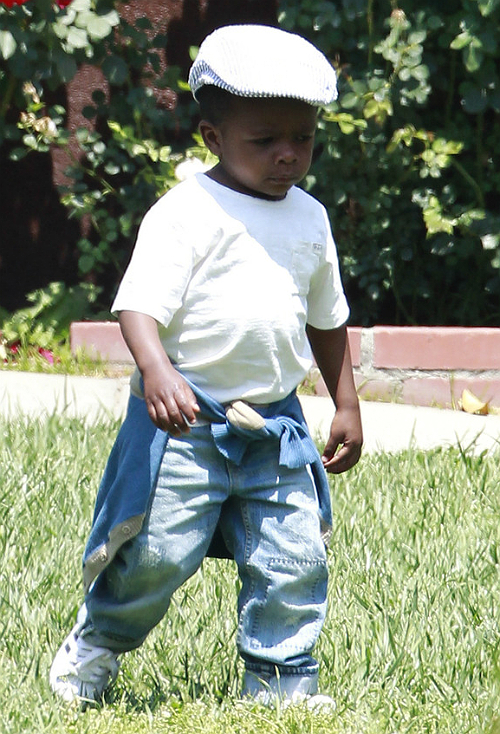 JADA AND WILLOW ATTEND 'FROM SLAVERY TO FREEDOM EVENT' [VIDEO]