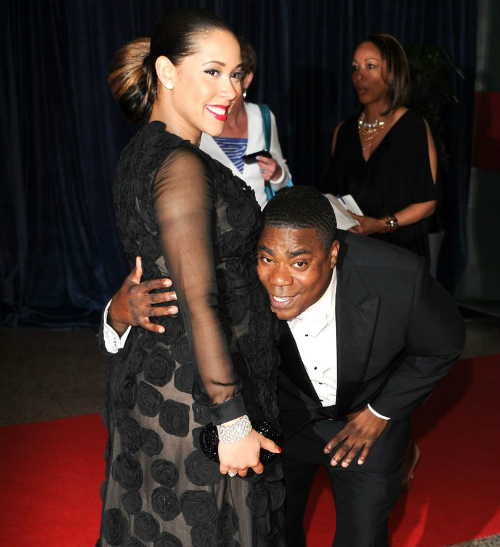 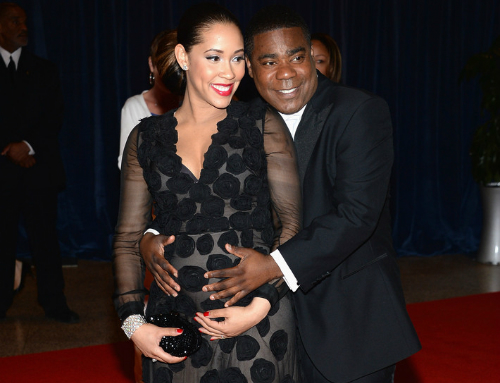 Tracy Morgan and fiancee Megan Wollover bumped around the White House Correspondents’  Association Dinner in Washington D.C. on Saturday (April 27). The expecting couple were dressed to impress as they joined other Hollywood stars in dining and socializing. Morgan lit up the red carpet as he bent down to kiss his fiancee’s belly before entering the formal event.

The comedian recently attended a gun control event in which he talked about his decision to support an initiative that would place tougher restrictions on gun owners. “I’ve got a lot of friends and family members that died violently from guns,” explained the actor. “My father fought in the Vietnam War and he forbid us to have guns in the home when he came home when were little.”

Tracy and Megan announced their expectancy a few months ago telling Rolling Stone, “You know what happiness is? Happiness is a simple thing, man. It’s having something to look forward to.” Morgan and Wollover became engaged over  a year ago. This will be their first child together.

ELISA AND SAMARIA ARE PROM BESTIES