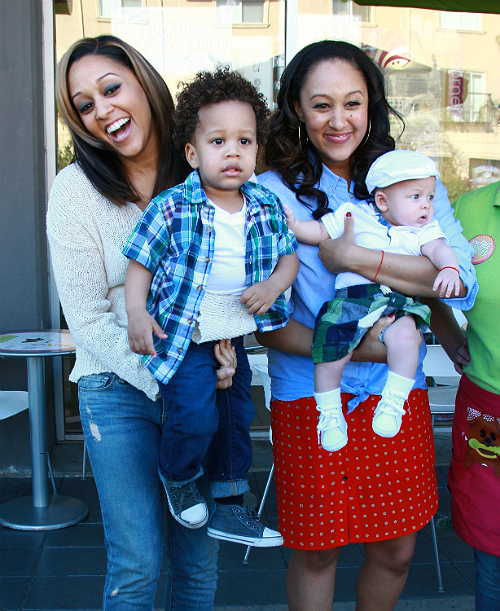 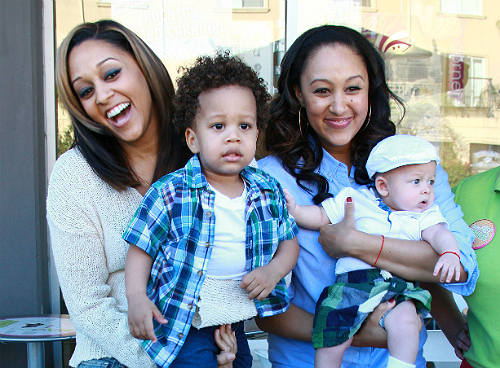 Actresses Tia & Tamera Mowry and their sons were spotted filming scenes for their reality show at Menchies in Studio City, California on March 14, 2013. Tia’s son Cree Hardrict,1, wore a plaid shirt for the outing while Aden Housley, 4 months, complemented him in a plaid outfit of his own!

Tia and Tamera are gearing up to debut a third season of their reality show Tia & Tamera, which is set to air this summer.