Home » NEWS » DERRICK ROSE: ‘EVERYTHING STOPPED WHEN MY SON WAS BORN’

DERRICK ROSE: ‘EVERYTHING STOPPED WHEN MY SON WAS BORN’ 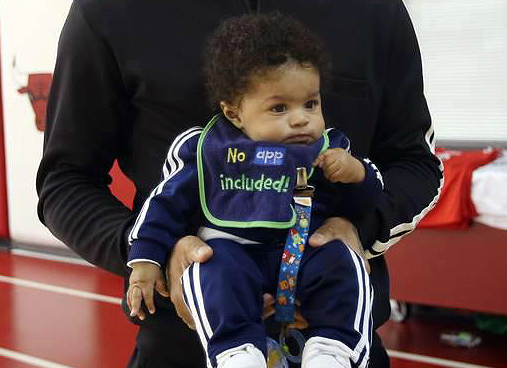 Derrick Rose and girlfriend Mieka Reese are basking in the joys of parenthood as they welcomed their first son, Derrick Jr., into the world last October. The NBA star recently spoke with the press about his injury that currently has him on leave, and his son who inspires him to endure life’s tests.

Although he has not returned to the court yet, Derrick is doing much better than he was a few months ago when he had surgery to repair his torn ACL. “My health was terrible, where I wasn’t eating,” said the star. “They put me on medication. And when you’re not eating and taking the kind of medication they gave me, it can mess up your body. It messed me up for like a week where I was throwing up consistently every day. I couldn’t walk. I was in pain. My hamstrings were on fire. They had to block the nerve in my leg, so when that nerve block wore off, the pain came. It felt like someone was hitting my hamstrings with a sledgehammer.”

During his pain and suffering, Rose learned to lean on family. “With that injury, you can’t walk. You need help. Knowing that, it’s all right for someone that loves you to take care of you,” explained the NBA star.

With the memory of a life-altering injury in tow, Rose tries to cherish every moment with his son. “Everything stopped when he was born. I try to spoil him as much as possible, not only with material stuff, but just being around him with love and support, letting him know that I will always be there. He can recognize me now where he can tell when I’m around. You just learn so much. It seems like everything slows down for you in your life. Priorities are everything.” 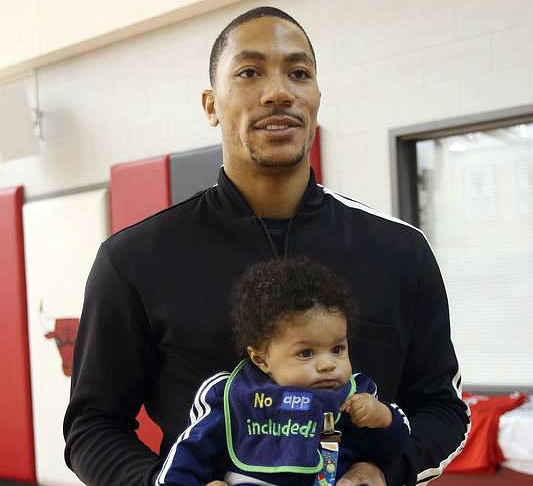 BRAYLON HOWARD MODELS IT UP IN NEW PHOTO SHOOT

BRAYLON HOWARD MODELS IT UP IN NEW PHOTO SHOOT