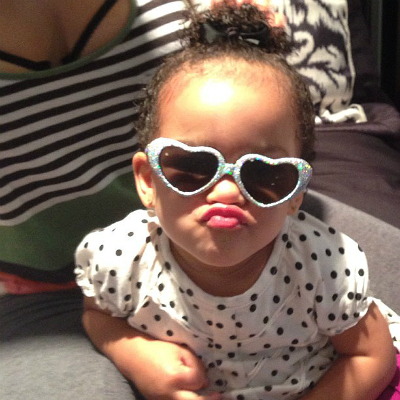 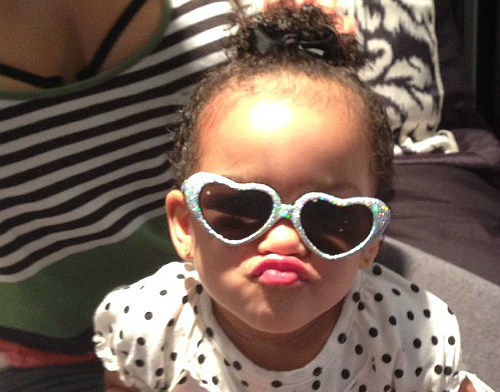 Shai Moss loves to be in the eye of the camera. In her latest candid picture, the one-year-old sports heart-shaped sunglasses while giving kisses to her fans.

Miss Moss is becoming quite the popular one for taking pictures in social media land as she has been captured in several candids by mom, Joie Chavis, and dad, Bow Wow, this past month. Shai has taken pictures while on the road with her rap star father, and snapped a few Kodak moments while at home with her fashionable mom. The little one was even caught on camera after giving herself a makeover using mom’s cosmetics. The camera loves Shai!

Miss Moss is the only child between Bow Wow and Joie Chavis. She will celebrate her second birthday in April.