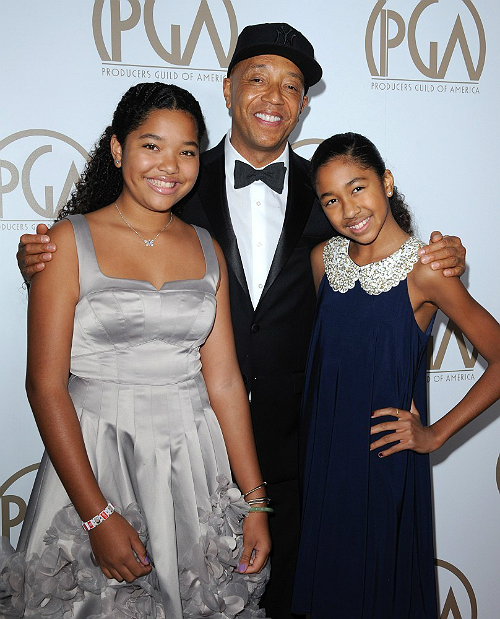 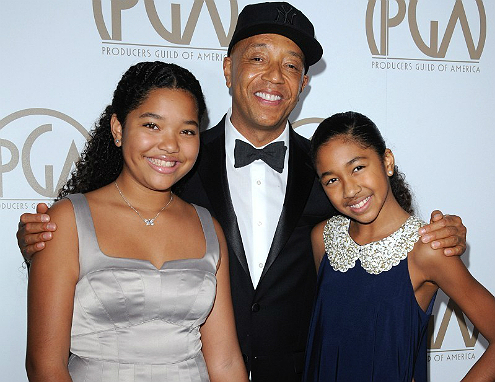 Russell Simmons and daughters Ming Lee,13, and Aoki Lee,10, were photographed at the 24th Annual Producers Guild of America Awards(PGA) at Beverly Hilton Hotel in Beverly Hills, CA on January 26, 2013.

Simmons was honored at last night’s event and tweeted prior to the Awards show, “Being honored by PGA (hollywood establishment) is humbling. Taking my girls to Gala. Should be fun.”