SHAWTY LO SAYS HE TAKES CARE OF HIS 11 KIDS 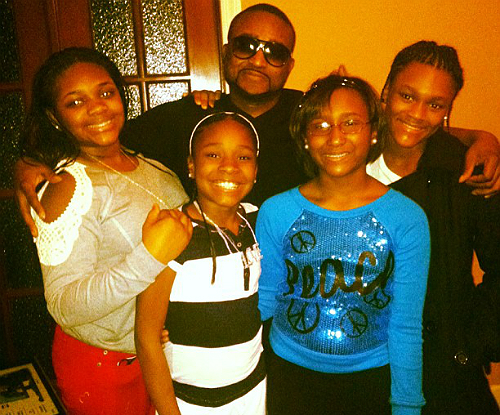 Carlos Walker, a.k.a. Shawty Lo, wants the world to know that he takes care of all of his kids. The rapper recently set the record straight during an exclusive talk with MTV saying, “You can hate all you want to, I didn’t ask for it. It just happened. Now that it happened, I’m supposed to turn my back against it? If I wasn’t taking care of my kids then you would really dog me out, but I’m taking care of my kids, providing for my family. I don’t know what else to say.”

Shawty began building his family while living Atlanta, Georgia. As he explains, “I came to be one of the largest drug dealers to come from Atlanta, Bankhead area and I started havin’ kids. When the money came, a lot of women came…They used to take the money and run with it, and they’d have a baby by the most popular guy in the street, and that’s how I had all them kids.”

Now a father of eleven children by ten different women, Shawty has a bit of advice for young fathers: “Even if you ain’t got the money, you gotta be a father to your child. You need to be in your child’s life, ’cause that means a lot to them. Comin’ up, we didn’t have Thanksgiving, we didn’t have Christmas, but if I had my father there, if I even had my mother there, I probably wouldn’t have been that person I was in the streets.”

THE BIG KID'S FILE: CYPRESS IS OFFICIALLY A BIG KID!