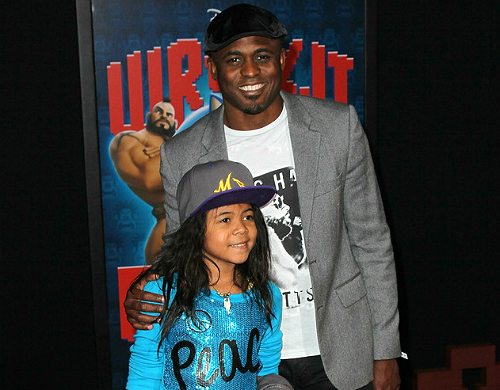 Actor Wayne Brady and daughter Maile,9, were in attendance for the premiere of Walt Disney Animation Studios’ “Wreck-It Ralph” at the El Capitan Theatre on October 29, 2012 in Hollywood, California.

Brady is set to introduce Sofia, Disneys first little girl princess, in the animated television movie
“Sofia the First: Once Upon a Princess,” debuting this November 18th on Disney Channel and Disney Junior, followed by the “Sofia the First” television series launching in 2013.  Brady voices the role of a wise-talking rabbit called Clover.

Check out more pictures of Brady and daughter below!

GARCELLE BEAUVAIS AND HER PREMIERE PAL

GARCELLE BEAUVAIS AND HER PREMIERE PAL