MIKE TYSON AND FAMILY AT ‘SECRET OF THE WINGS’ PREMIERE 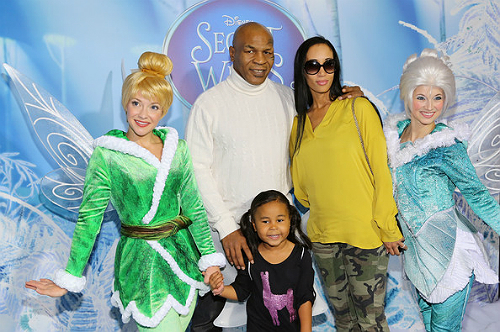 Mike Tyson, wife Lakiha “Kiki” Spicer-Tyson, and their daughter Milan,4, were in attendance for the ‘Secret Of Wings’ New York Premiere at AMC Loews Lincoln Square on October 20, 2012 in New York City.

Missing at the event was the couple’s son Morocco Tyson, who will celebrate his second birthday in January.

The Tysons have two children in all. Mike has children from previous relationships.

KIMBERLY CHANDLER AND KIDS AT 'SECRET OF THE WINGS' PREMIERE

KIMBERLY CHANDLER AND KIDS AT 'SECRET OF THE WINGS' PREMIERE