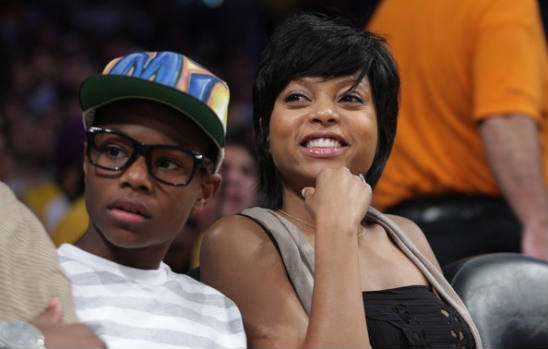 Is college an investment for parents? Taraji Henson thinks so. She recently made her eldest son, Marcell, sit out his first semester of college to show him real life and the importance of hard work. “I need him to see how real it is out here. It builds character. I told him, ‘College is like an investment. I’m investing my money in your future, and if I feel like you’re a bad investment, I’m taking my money back,” said the actress.

Although the idea of a parent making their child miss the first semester of college seems harsh, Taraji wanted her son to connect with the real world. “Even though he is privileged, he doesn’t remember the bad times when we were eating Hamburger Helper (boxed food) and peanut butter and jelly, he remembers all the good times. I don’t want to raise this privileged kid, who’s out of touch, so I made him sit out the first semester and he has to get a job. He called his grandmother, he was like, ‘It’s hard out here, it’s hard to find a job.’ So I was like, ‘Yeah, I need you to know that.'”

Would you do the same if your child seemed to be living in a fairytale where all of his or her needs were handed to them on a silver platter? Or, are there other ways to help children connect with the real world and, in essence, transition into adulthood?

LA LA ANTHONY IS BEGINNING TO 'SOUND LIKE HER MOM'