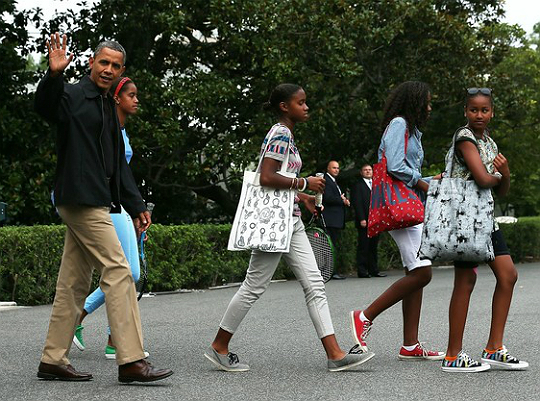 President Obama may not know much about the Kiss Cam, but he does know how to schmooze. The Commander in Chief recently responded to criticism surrounding him and First Lady Obama’s failure to attend social events that take place in the evening.

“Sometimes Michelle and I not doing the circuit and going out to dinners with folks is perceived as us being cool. It actually really has more to do with us being parents. When we’re in town here in Washington in the evenings, 6:30 we want to be at the dinner table with our kids. And I want to be helping with their homework,” said Obama. “I think that’s sometimes interpreted as me not wanting to be out there slapping backs and wheeling and dealing. It really has more to do with the stage we are in our lives.”

The President previously reflected on his experience with coming of age in a fatherless home saying, “I grew up without my father around. He left when I was two years old, and even though my sister and I were lucky enough to have a wonderful mother and caring grandparents to raise us, I felt his absence. And I wonder what my life would have been like had he been a greater presence. That’s why I’ve tried so hard to be a good dad for my own children.”

TOYA WRIGHT, MONICA BROWN AND KIDS HAVE A ‘LUDADAY’ WEEKEND

TOYA WRIGHT, MONICA BROWN AND KIDS HAVE A 'LUDADAY' WEEKEND