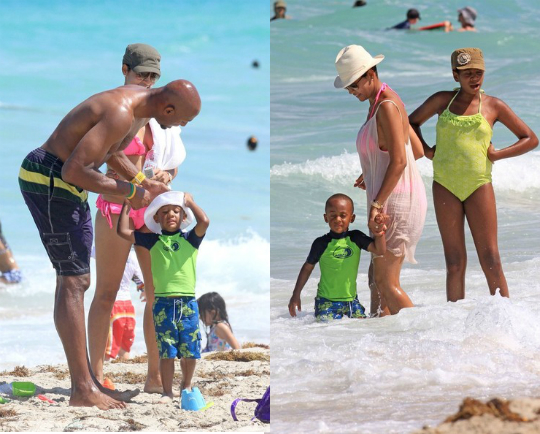 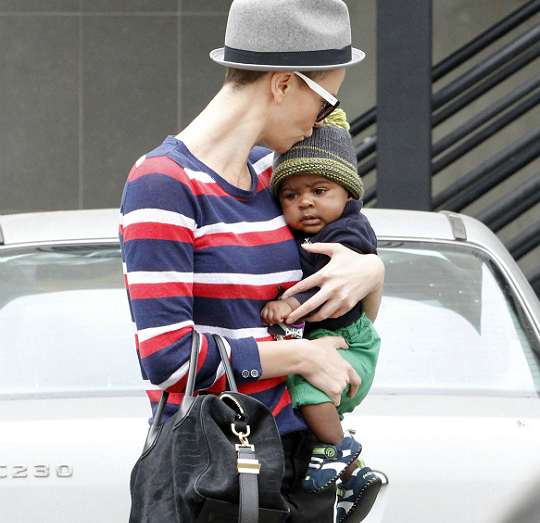 “Prometheus” star Charlize Theron was spotted out with her son Jackson in Beverly Hills, California today (June 11, 2012). Mom Charlize donned a fedora hat to cover up her newly-shaved head! 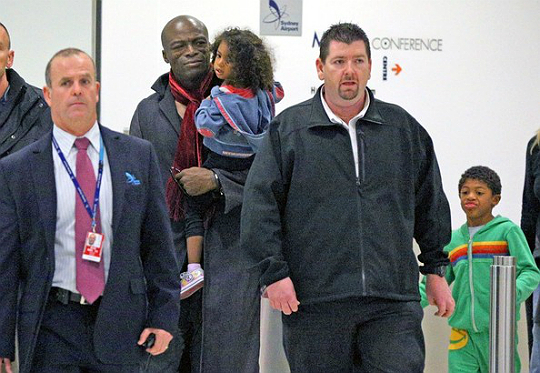 NBA star Alonzo Mourning  and wife Tracy spent the afternoon on the beach with two of their three children, Myka, and Alijah,3.

WILLOW SMITH AND MOM TO COLLABORATE ON NEW MUSIC?