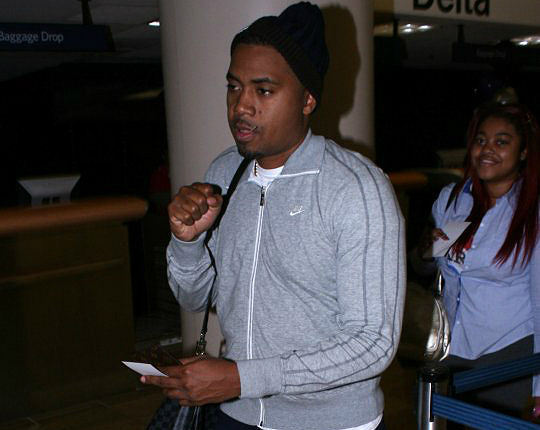 Nas is gaining mixed reviews over his newest single ‘Daughters.’   Whereas most fans love the idea of a father writing a song about his daughter, some listeners criticize the rapper for putting his feelings about fatherhood on a record. Regardless of one’s opinion about him, Nas is a loving father who is not ashamed to talk about his children. He recently sat down with MTV to discuss son Knight,2, and daughter Destiny,17.

“This is the first time I’m dealing with a teenage daughter, and it blows me away. I don’t know that you’re ever prepared to be a parent. Once you become one, that’s your responsibility. [‘Daughters’ is] more like me talking to myself, about how I could have been there a lot more. I beat myself up for not being the best I could be. I would ask her: ‘Am I a cool dad?’ or ‘Am I a good dad? Did I [mess] up?’ And she would say, ‘Nah, you’re good.’ That’s important to me because I started as a teen. I was around 19 when her mother was pregnant. My daughter means a lot to me. It’s just a record that came from the heart.”

What he hopes to pass on to his son.

“He has to have his own life. My experience could be the wrong thing for his life and what’s ahead of him. A lot of older people are giving the worst advice, based on the problems they had. I’m going to need him to tell me what to do. That’s what I’m looking forward to. If I’m here, we’ll talk. If not, he’s going to figure it out on his own. He’ll take his mother’s words, he’ll take my words, and then there’s the truth. Whatever he feels, he’s got to go with his heart, and be a man in every occasion.”

SASHA FOX CELEBRATES AT HER 'FAVORITE PLACE ON EARTH'