WILL SMITH TALKS CAREER AND FAMILY 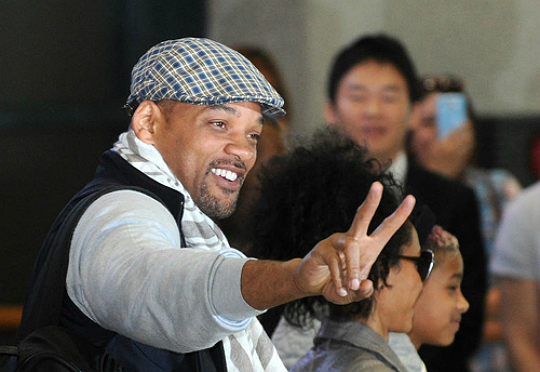 Actor Will Smith is living the dream as an entertainer and father. As an actor, he has earned much recognition for his work in the Fresh Prince of Bel Air and  Men in Black series. As a father, Smith has been privileged to watch two of his three children enter the entertainment industry. Will recently sat down with The Palm Beach Post to talk about his success.

On his career and recent refinements.

“The adjustment I am making in my career right now is about the clarity of what we are saying with the movie. There has to be an idea, there has to be some message or statement. With Men in Black 3, we connected to the destructive nature of secrets. That idea, whether you get that or not, is what we are displaying. It’s about how a relationship can get repaired and go to another level through the exposure of a secret. I love producing. I am loving doing that. I think that is my most natural space in the business. I just love producing or editing and that’s where I thrive.”

“The most difficult part of the whole thing is emotional management. To have them connect to the artistry of what they create rather than connecting to the success or the adoration. Jada and I have been talking a lot about pulling back during teenage years because they are very formative. In the middle of the Justin Bieber tour [Willow] saw a Russian ballerina or something and she was riveted. She wanted to go home and take ballet and it was like, ‘No, honey, you have seven more tour dates.’ But now she is way gone on ballet. So it’s the difficulty of letting the business go and let them develop in the way that is more natural for them.”

“Jaden has a little bit of a predatory look in his eye. He is so coming for me. I tell him all the time, ‘Son, I am going to teach you everything that I know and if you work hard, you can be the second biggest movie star in the world.'”

“We let Willow cut her hair. When you have a little girl, it’s like how can you teach her that you’re in control of her body? If I teach her that I’m in charge of whether or not she can touch her hair, she’s going to replace me with some other man when she goes out in the world. She can’t cut my hair but that’s her hair. She has got to have command of her body. So when she goes out into the world, she’s going out with a command that is hers. She is used to making those decisions herself. We try to keep giving them those decisions until they can hold the full weight of their lives.”

Below are more pictures of Will and family arriving at Incheon International Airport on Sunday(May 6th).

JAY-Z ON FATHERHOOD:'I'LL PROBABLY HAVE THE WORST, SPOILED KID EVER'

JAY-Z ON FATHERHOOD:'I'LL PROBABLY HAVE THE WORST, SPOILED KID EVER'