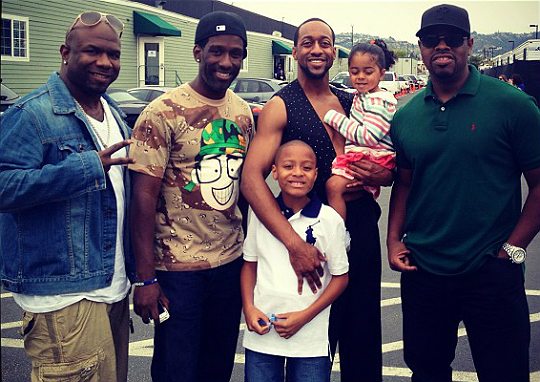 Shawn Stockman of the R&B group Boyz II Men is one of several celebrities to have a child battle with autism. The recording artist recently discussed his experience as a father having to cope with the disorder.

PHOTOS: See More Photos Of Shawn And His Kids

Stockman described the revelation of his son Micah,9, developing autism as drastic. As he explains, “Micah was the first one to talk, the first one to walk. I didn’t know what to do. One thing a man hates when it comes down to his family is not knowing what to do.”

VIDEO:Shawn Stockman’s And Wife Talk About Their Connection To Autism

Shawn has learned a few things about autism and possible treatments since being informed of his son’s condition eight years ago but such information did not come cheap. “We learned through our journey with Micah just how fortunate we were having money,” Shawn says, “There’s no way a normal couple or a single mom could afford this.”

Although he has overcome much in dealing with Micah’s disorder, Stockman has not yet coped with the idea of his son carrying out an independent life one day. “All you want for your sons is to grow up and develop a life of their own. To know that it may not happen for my son Micah is extremely hurtful,” says Shawn.

Photo shows Shawn(in middle) with his son; actor Jaleel White with his daughter; and Boys II Men members at both ends.