BEYONCE ON FAKE BABY BUMP RUMORS: ‘THAT WAS CRAZY’ 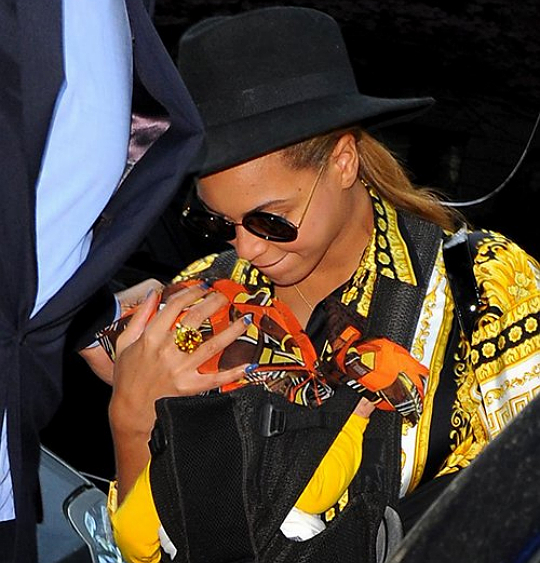 After months of rumors and speculation, Beyonce has finally addressed those surrogate rumors that tainted her pregnancy. In her interview with People magazine, Bey said that the fake baby bump rumors were crazy. “That was crazy.   It wasn’t hurtful, it was just crazy. [I thought] ‘Where did they come up with this?'”

When asked about the infamous Australian interview that sparked the rumors, Beyonce said, “It was a fabric that folded — does fabric not fold? Oh my gosh, so stupid.”

The star also revealed to the publication that she strapped on heels and did her hair before giving birth to her baby girl, Blue Ivy.

“I tried my best to roller-set my hair, and I wore my gloss when I arrived at the hospital,” she said. “I committed to the end and wore my kitten heels.”

Now that her feet are a lot “rougher” since giving birth, Beyonce has given up on wearing heels.

“I never thought there would be a day when I wouldn’t wear heels, but now that I have a child and I walk around holding her all day, I’m buying loafers and oxfords. I love them because they’re comfortable. And shorter heels too. I’d always thought, “The higher the heel, the sexier…. [Jay-Z] loves when I wear flat shoes, which is surprising — he never saw me in flats [before]!”

The singer  and her husband Jay-Z welcomed Blue Ivy Carter into the world on  January 7, 2012. Baby Blue is the couple’s first child together.

OUT AND ABOUT: THE ODOMS

OUT AND ABOUT: THE ODOMS