THE SMITH BOYS ENJOY A GAME 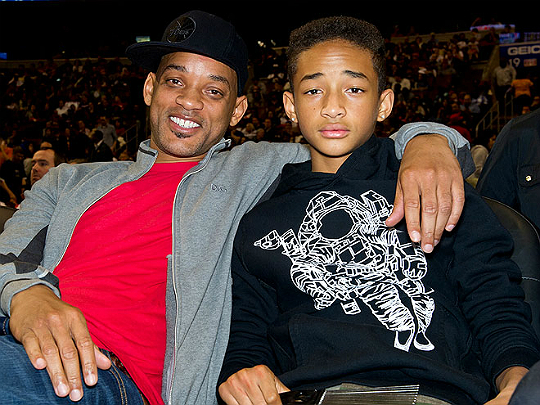 Jaden Smith,13, was spotted enjoying some quality time with his father Will Smith at the 76ers vs. Nets game in Philadelphia on 4/13/12.

The father-son pair are currently filming for the new science fiction movie After Earth. The film centers on a young boy and his father who crash-land on Earth one thousand years after humans have abandoned the planet.  The son must prove his worth as a hero by rescuing his father who is already a celebrated warrior.

While Jaden portrays the son in the movie, Will Smith plays the role of father. After Earth is slated for release in 2013.