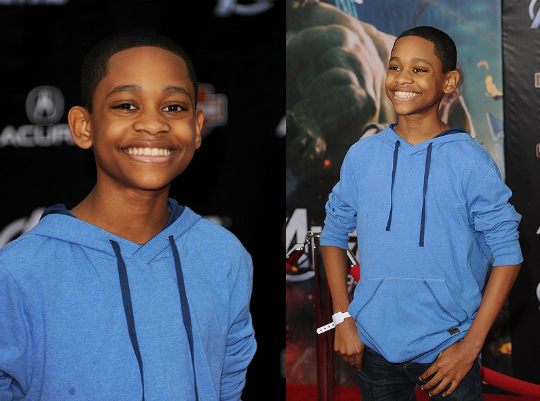 Actor Tyrel Jackson Williams,15, poses at the premiere of Marvel Studios’ ‘The Avengers’ at the El Capitan Theatre on April 11, 2012 in Hollywood, California.

Tyrel is following right along in big brother Tyler James Williams’ (star of Everybody Hates Chris) footsteps with Disney XD’s original comedy Lab Rats. Williams plays Leo, a teenager that moves into a new home with his mother and stepfather only to discover three super-human teens in the basement.